Originally known as “the colored cemetery”, records show it began in the mid 1800’s. A local farmer named William Page Jackson would stop to wave at the funeral procession when they passed by his field, which was adjacent to the cemetery. As time went by, the deceased was said to be “sent to Page Jackson” and the cemetery began to be called the Page Jackson Cemetery. This is the final resting place for the founding fathers and pioneers of local Goldsboro, as well as veterans from the Civil War, World War I and World War II. The property ownership is complicated, as time has found it separated into both county and city property.

The city of Sanford took over care of their section in 1998, but there are 3 parcels that fall in unincorporated Seminole County and are privately owned. Unfortunately, they are completely abandoned and unkept. In Florida, that means it has returned to its natural state of dense brush and is unrecognizable as a cemetery. Page Jackson Cemetery has been the victim of years of neglect, vandalism and the elements. It has many downed headstones, broken markers, and stones that have sunken into the Florida sand. Therefore, we are working to locate all the burials, raise them above ground, repair those that are broken, and clean them to make them legible. The city owned section has approx. 3,800 burials. Only 800 of them are marked. 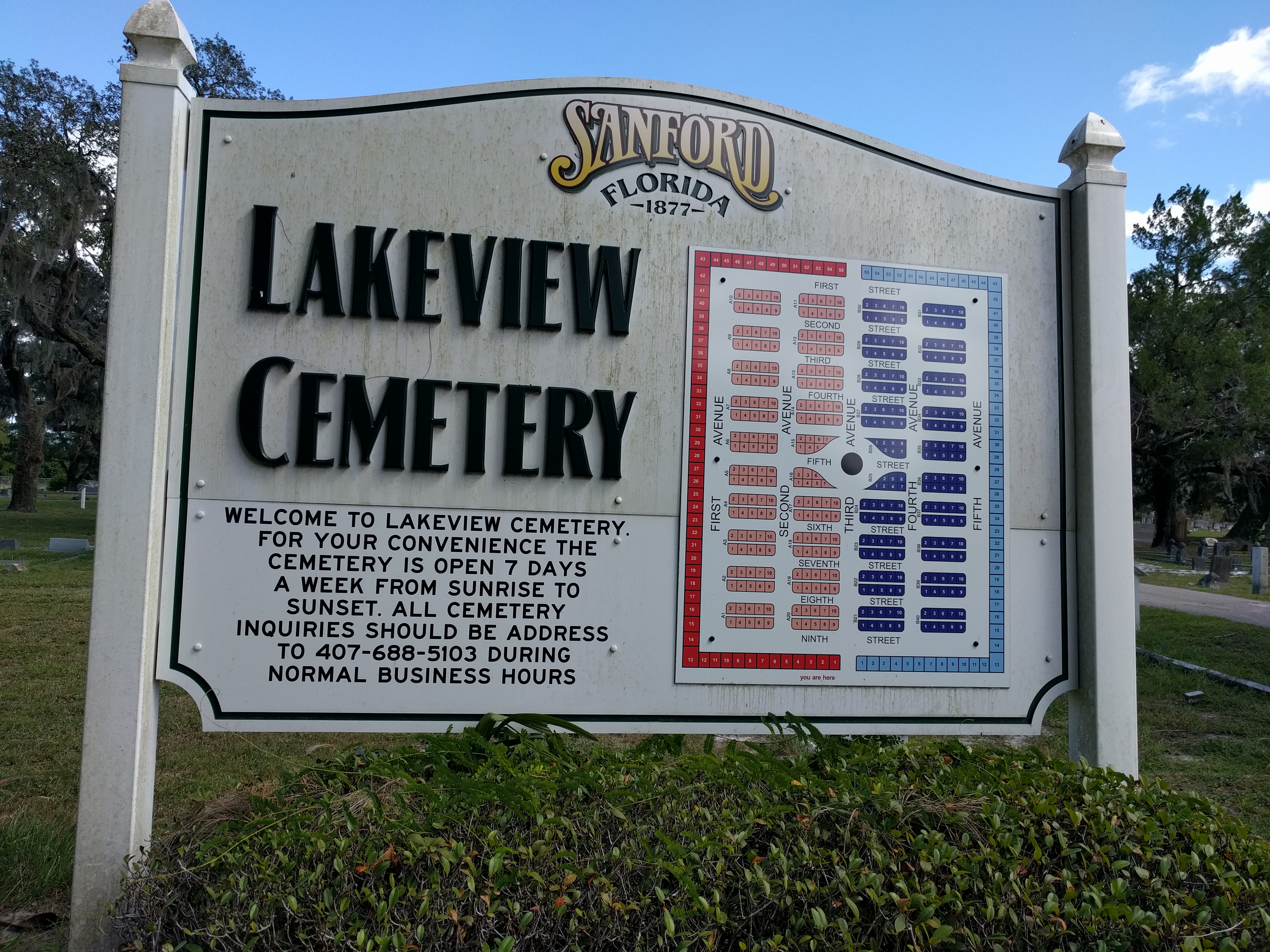 The final resting place of all pioneers and veterans of Sanford, Lakeview Cemetery was established on January 14, 1883 by the “Sanford Cemetery Company”. Some years later TJ Miller took possession of the cemetery and began improvements in March of 1915. The gazebo, which is the centerpiece of the cemetery is thought to have been originally built in the 1920’s. By 1998 it was showing its age and the city considered demolishing it. Thankfully, the Sanford Historical Society was able to raise the funds to save it. The cemetery also has one non-human burial. Old Bob the horse pulled the hearse for TJ Miller Funeral Home for 28 years.

It’s said he could make his way to the cemetery without any assistance. He died in 1914. His original gravestone is on display in the Sanford Museum as it was replaced with a new stone in 1990. There are approx. 2,200 burials.

The more modern cemetery, Evergreen has a separate Veteran section where we find veterans from the Civil War, Spanish American War, World War I, World War II, Korea, and Vietnam.  Evergreen has expanded multiple times over the years and is still growing.